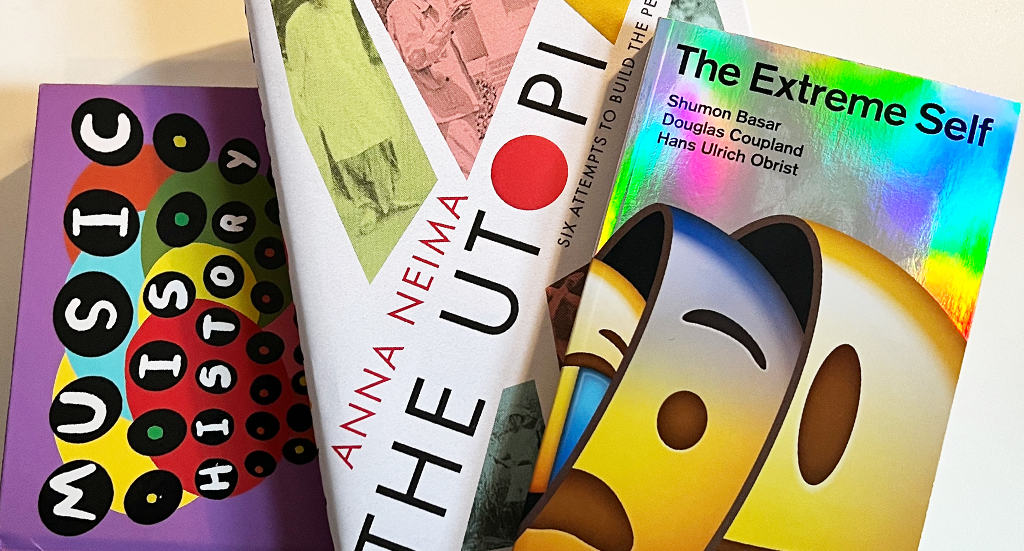 Questlove, Obrist and more
3 brilliant books to kick-off into 2022

David Bowie once said that his idea of perfect happiness was reading … and we can only agree, of course.

So, the start of this new year might be a wonderful opportunity to kick-off with just recently published books that we selected for you and your precious mind.

“Music Is History” by Questlove

Questlove’s “Music Is History” is an in-depth look into the 500 most influential songs in the history of music. Most famously known as the drummer and joint frontman of The Roots, Questlove dives into musical history from every decade of twentieth century, choosing one essential track from each year.

The author reveals each song’s cultural significance by placing it in its historical context, discussing real world events that shaped both the song’s creation and its lasting impact.

His latest book is a masterclass in music by one of music’s most unique souls.

“The Extrem Self” by Shumon Basar, Douglas Coupland and Hans Ulrich Obrist

The authors Basar, Coupland and the curator Obrist published the book “The Age of Earthquakes: A Guide to the Extreme Present” in 2015 and “The Extreme Self” is the sequel.

Although at first glance the book appears to be just as an entertaining graphic novel, it deals with the most important questions in the age of social disruption. “The 20th century was about what belongs to who. The 21st century is about who belongs to what.”

Central questions are discussed in 13 chapters. Among others, the topics of individuality, digital loneliness, the end of democracy and much more.

“The Utopians” by Anna Neima

Published in June 2021, Anna Neima’s first book “The Utopians” tells the story of six experimental communities like the Dartington Hall in England, Atarashiki Mura in Japan or the Trabuco College in America.

These communities were small in scale and dismissed in their time. Each was led by charismatic figures who dreamed of a new way of living but struggled to turn ambitious ideals into reality. Yet, a century later, their influence continues.

A source of inspiration for all those who have not fallen prey to cynicism.