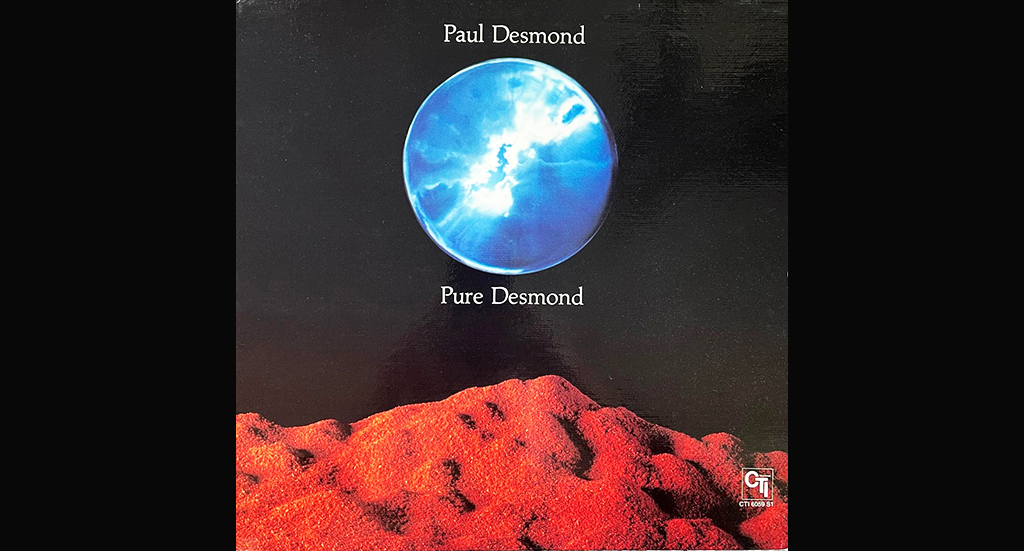 Paul Desmond. Inventor of Take Five, almost 20 years in the groundbreaking Dave Brubeck Quartet. With a saxophone play that is melancholic, light, of extraordinary finesse and always distinguishable with a characteristic tone. At the same time utterly unobtrusive, full of understatement.

After leaving the Quartet, Mr. Desmond retired for a few years and returned to the turntables with this wonderful 1974 recording. In a combination of what at the time appeared to be almost retro-cool jazz and the ’70s CTI sound, the tracks especially thrive on Mr. Desmond’s admiration for Canadian guitarist Ed Bickert – how the two sneak around each other with virtuosity, complementing and communicating with mutual respect – wonderful and beautiful.

Mr. Desmond must also have been an immensely amusing man; unfortunately, the mysteriously ever-announced autobiography never appeared, so we’ll have to focus on anecdotes and bon mots. Asked how he developed his very own saxophone sound, he replied : ‚I think I had it in the back of my mind that I wanted to sound like a dry martini.‘ And as entertaining as that reads, it’s true – that’s exactly how Paul Desmond sounds.