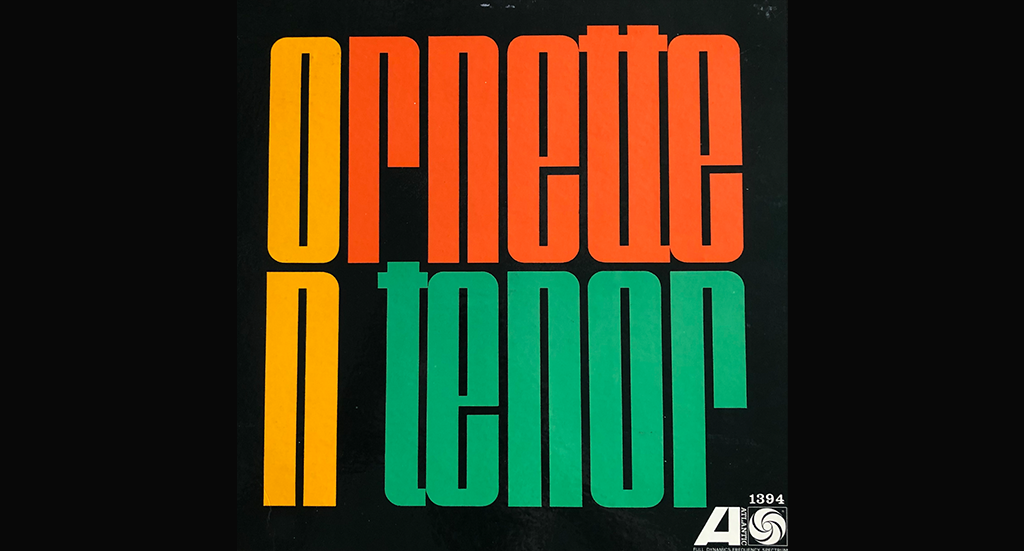 Ornette on tenor. That’s actually enough as a description, I at least immediately have an exact idea of how such a recording sounds. Indeed, wonderful and exciting, weird and soft, aggressive and ethereal. The first sentence in the liner notes puts it in a nutshell: ‚Ornette plays tenor like Ornette plays alto: with a sound variable enough to state, color, extend, articulate any useful idea that come into his head.‘

The 1962 recordings on the courageous Atlantic label are all Mr. Coleman’s own compositions, and for good reason. So, he can play most freely, is not limited by chords, melodies of other musicians, does not have to interpret ideas of other people. Extraordinarily self-confident, completely unmoved by his own ability and musical vision – it must not have mattered to him that his music was sometimes ridiculed as anti-jazz, although shortly before it was highly praised. If you listen closely, it’s actually quite simple: ‘Ornette’s music is nothing but blues.’