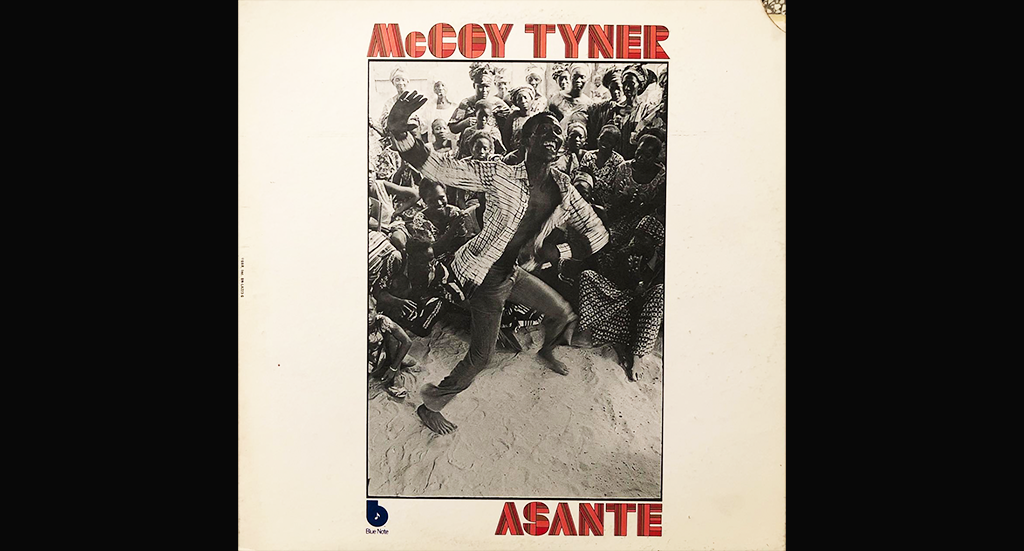 You always hear McCoy Tyner right away – that urgent, fast power play, dramatic melody runs, rhythmically pushing low-chord attacks. And it never gets boring! So it did on this 1970 recording session, released four years later, on Blue Note. One hears a spectacular group, not so much playing solos by the individual players, but convincing in the interplay as an ensemble. Particularly with the rhythm backbone of Billy Hart and Buster Williams, tension and excitement are established – through three years in Herbie Hancock’s septet, they were perfectly in tune and both fostered and demanded Mr. Tyner’s piano.

Mtume provides an African touch and the terrific Sandra Smith, who actually teaches school as a profession in New York, contributes her tribalistic vocals on two tracks. So you get maximum variety on the four tracks produced by Rudy van Gelder: introspective solos, images of Africa, spirituality, moments of reflection, earthiness, fragile textures. Magnificent!