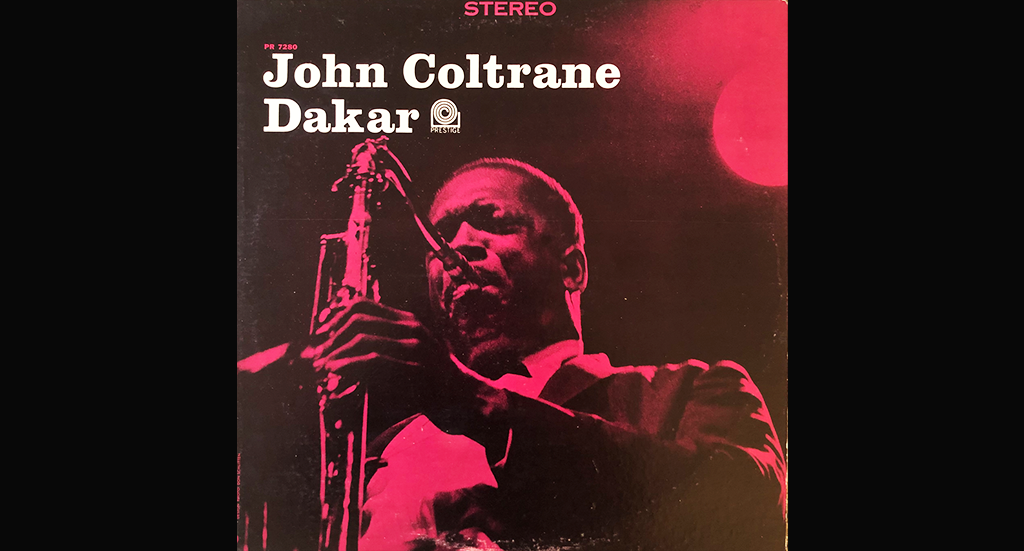 In the early 60’s John Coltrane had so much attention with his groundbreaking recordings on Atlantic and especially Impulse that just the name Coltrane on a record created marketing buzz and probably sales.

A number of albums appeared on Prestige during this period that tried to surf the ‘New Thing’ wave with Mr. Coltrane as the sender but were from before that time. Such as the album ‘Dakar’, which is actually a recording by Pepper Adams and Cecil Payne, with Coltrane as accompanist. The reference to this is rather delicately hidden in the liner notes: ‘This session was cut in the late Fifties, during Coltrane’s “sideman day’s” before he moved out of the Miles Davis Quintet and into his own group.’

So the music of this 1957 recording has almost nothing to do with the really new sound in the release year 1963, but is still of the very highest quality and shows all the musicians in top form, with a very balanced selection of hard bop tracks. Even the attempts with the then still new production standard stereo are balanced, the silver label of Prestige, used from 1958-1964, vouches for quality here as well.