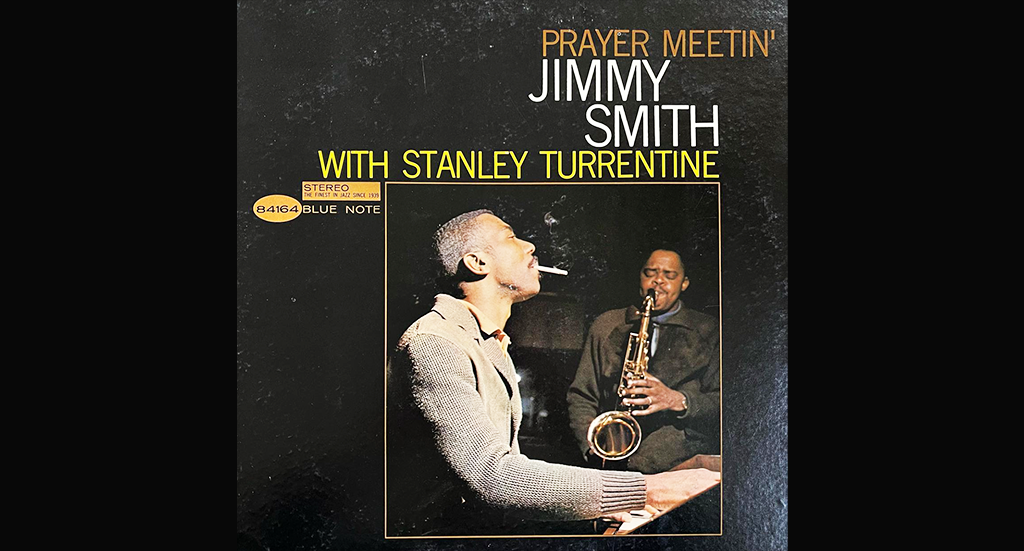 ‘Prayer meetin’’ is in an incredible good mood – a tremendous enjoyment from start to finish. Hearing Jimmy Smith on organ is always great anyway, no wonder he was the reason as Mr. Organ that there was the first organ category in the annual Downbeat Jazz Poll in 1964. The line-up with Quentin Warren and Donald Bailey also set the standard for organ trios, in all the lounges and bars in the US at the time.

The two purred like clockwork, flawlessly, yet full of soul and groove at the same time. Stanley Turrentine was already subscribed to backing organists as a saxophonist, on previous recordings with Mr. Smith, or with #ShirleyScott. He plays not yelling and for effect, but with feeling, quiet, soothing, and inspired.

When the record was released in 1964, signs of the New Thing were already everywhere in the jazz world, between John Coltrane and Ornette Coleman they were experimenting into a new era of avant-garde, on this recording the focus was on clarity without sounding boring, historical or out of time. With blues and gospel tracks, a little calypso flair, in a typical Rudy van Gelder production, tight and close, as if you were standing right between the musicians.

Above all, you can hear the well-rehearsed, insanely casual perfection of the musicians – a clear statement that you definitely can’t get past Mr. Smith and his crew, that the story of classic organ jazz is far from being told.