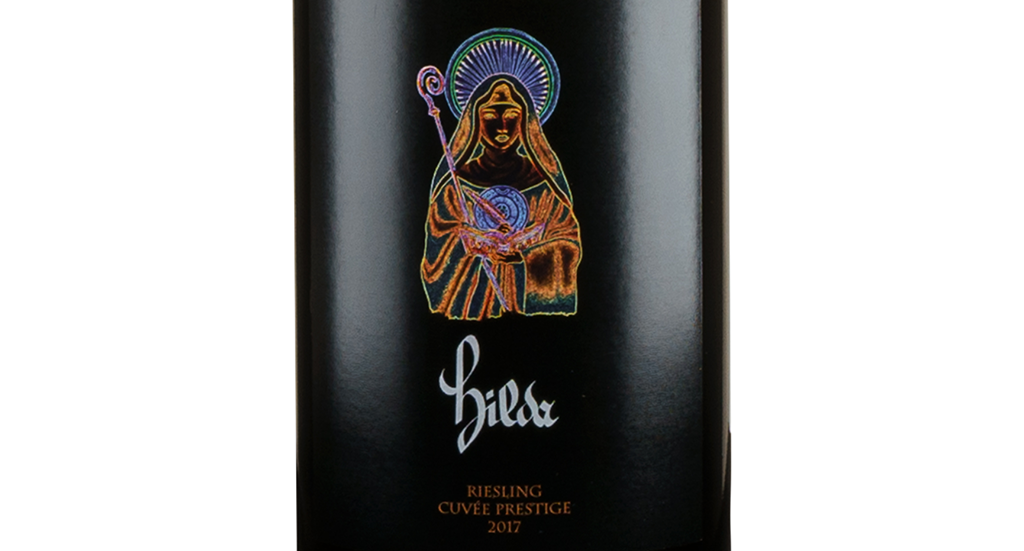 Fabric with a direct line and yet extremely elegant. The interplay of body and acidity results in a highly complex aroma, which beautifully reflects the origin.

The freshness and the spiciness never appear satiating, so that a pleasant drinking flow is created.

»An absolutely unarrogant wine that is very satisfied with itself.«

Immediately after opening, Hilda shows herself in a delicate green dress made of grass, hay and carrot green and leaves a lasting impression.

The green tones are also reflected on the palate and harmonize with the current exoticism of an unripe, woody pineapple, which is less sweet, but rather caramelized and gives a really exciting drinking experience. The noticeable minerality and freshness, the mix of grapefruit and lime peel round off the picture and make you want a second sip.

Splendid. After a while, the wine presents itself much more open, silky, softer and lets the green-yellow aromas flutter towards the nose. The oxygen shows itself again as an absolute accelerator. The green tones of the wine are pushed against the palate as if they were racing over the turbo arrow in Mario Kart.

Hilda 2017 from Klostermühle Odernheim & André Macionga is a cuvée that leaves a slight smile on the lips with every sip. An absolutely unarrogant wine that is very satisfied with itself.