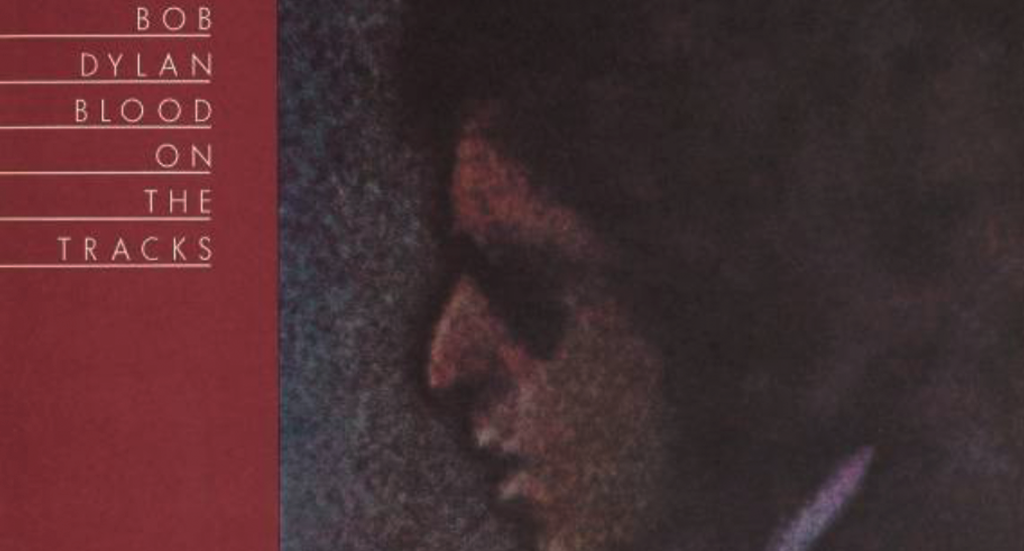 Dylan Birthday Special
»Blood on the Tracks« – the publisher’s choice

Dylan at his best in »Blood on the Tracks«

I was raised on music and grew up in a house where the record player was on all the time. The teachers and storytellers of my childhood were Lennon, McCartney, Harrison, Jagger, and Cohen. But I learned the most from Bob Dylan. He was and is the one whose stories carried me further and further away and triggered more in mind and soul than all the others.

In the winter of 75, my father had brought ‚Blood on the tracks’ home and since then it had been part of the fixed musical repertoire of my childhood. Whether I wanted to or not.

But, believe me, I intuitively wanted it so badly. I wanted to hear ‘Shelter from the storm’ over and over again and was fascinated by the 8 minutes and 52 seconds in the hum of ‘Lily, Rosemary and the Jack of Hearts’ without knowing what the song was actually about. I just had the great fortune to listen to it all as a child without a filter, without knowing or being impressed by Dylan’s meaning. I just listened and let myself literally in.

Imagine ‚Blood on the tracks’ as a house with many rooms, bright corridors and dark chambers, an old ball room, a veranda and a beautiful garden. On one side the sun shines, on the other the moon. It rains from one side and even rains in. And if the wind blows through the house, it still protects you from the world outside.

I settled into the strangely sweet-tasting and familiar dejection of ‘Simple Twist of Fate’ and heard Dylan wail in ‘If you see her, say hello’.

Later, when I’d fallen in love for the first time, overjoyed, the world my oyster, ‘You’re gonna make me lonesome when you go’ hit the nail. »‚…. flowers on the hillside blooming crazy, crickets talking back and forth in rhyme, blue river running slow and lazy, I could stay with you forever and never realize the time…«

A song that keeps me going, saves my soul – with sheer beauty, the playful dynamic bass, the lyrics, the phrasing and the jubilant harmonica.

And when I was unhappy in love, ‘Buckets of rain, buckets of tears, …’ helped a lot to cope.

Today, a few decades later, I keep returning home to that house. Bob Dylan is there. Storyteller, stranger and the holy magician he is. I greet him, thank him and move in to come back to myself – and listen to learn.