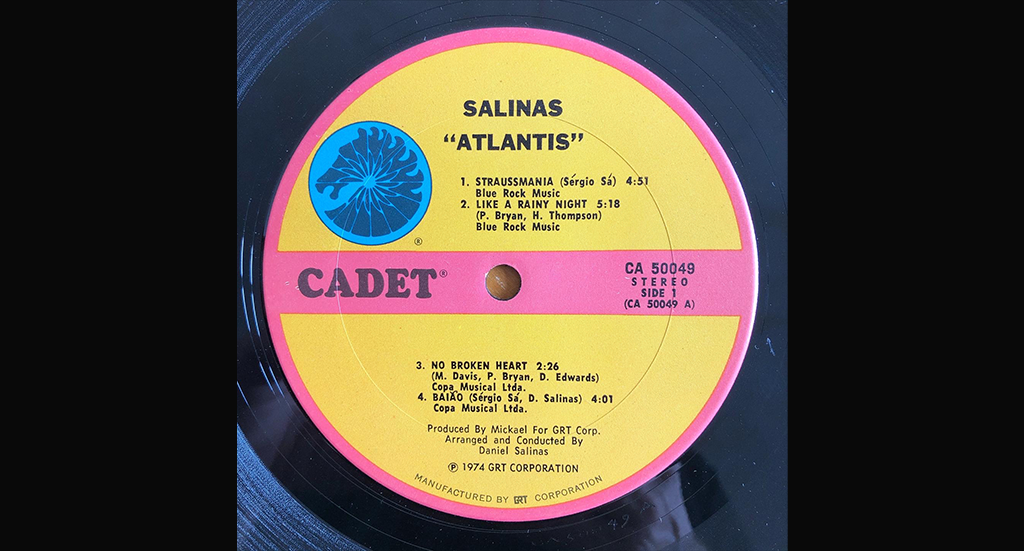 Released in Brazil on Top Tape under the name ‚Atlantis‘ one year earlier, this fantastic Jazz-Funk-Brazil-Fusion-LP by Daniel Salinas was released in 1974 by Cadet in the USA. Completely without any information from the musicians involved, probably because they thought nobody in America would know them anyway. And honestly, names like Rogério Goncalves or Renato Cauchioli don’t mean anything to me either, unfortunately.

In addition to a more yellowish coloring in the cover design, they also decided to use a different title order: ‚Straussmania‘ as opener is a very good choice, what a monster track! Motivated by the huge hit ‚Also sprach Zarathustra‘ from Deodato, but more forward pushing, faster, with more funk and groove. Killer! Because of this track alone, the record is a must, but the other arrangements are full of finest orchestral mega-sound, too. Listen to it!