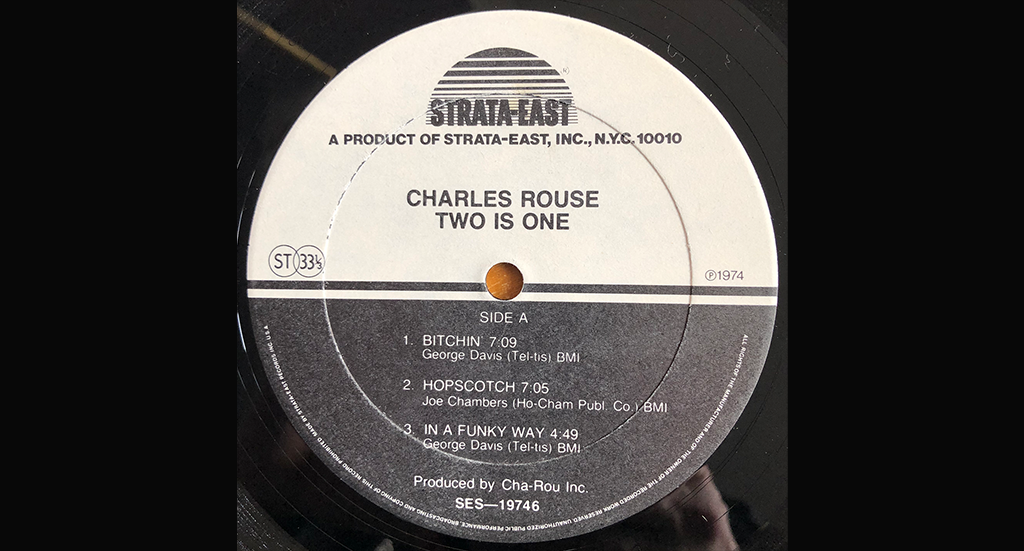 Charles Rouse – Two is One

Another jewel in the seemingly never-ending stream of superb recordings from Strata-East, saxophonist Charles Rouse’s first solo LP shows the versatility that independent Black Jazz had in the ’70s. We hear post-bop, fusion, grooves, abstract free improvisation, chilled out intellectuality and true jazz playing joy, all at the same time.

Mr. Rouse borrowed the record title from Thelonious Monk, in whose quartet he was a fixture from 1960-1970: ‘Two is one is a phrase that Monk often uses meaning two people so in tune with one another that they become one.’ This applies to the whole band, including the later bass superstar Stanley Clarke, still very young here, who for some obscure reason had the ‘e’ of his last name stolen.

With the complexity of the compositions this can sometimes get lost: In the title track alone, different tempos are played simultaneously – bass in 9/8, drums 6/8 and cello/tenor in 3/4, second section rhythm in 7/8, cello/tenor in 4/4. Always an exciting recording!