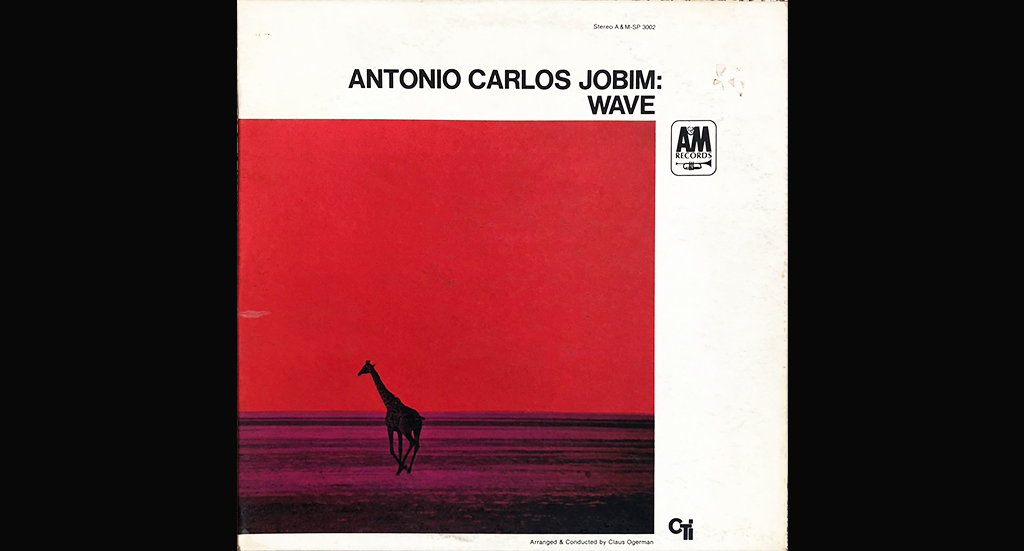 If one imagines a world in which repeated, multiple listening to music would not exist, Antonio Carlos Jobim would not be part of that world. Any recording in which Mr. Jobim is involved in any way, shape, or form, you want to hear again and again and again. This is also the case with Wave, the fifth studio album of the Brazilian from 1967, recorded in the U.S., with numerous jazz heroes such as the always inspiringly pearling Ron Carter on bass or Jerome Richardson, who draws particularly spherical melancholic sounds from his flute.

Pure elegance, full of beautiful melodies, with exciting unobtrusive arrangements by Claus Ogerman, who also composed the utterly non-cheesy strings. The inspiration for the ten sensitive jazz tracks comes from everyday life, Mr. Jobim ‘leaves home only to see that his songs are properly recorded’. And in the same way, his music builds itself into your own environment, your own household. Far from being simply beautiful interior or trivial decoration, more like an additional member of the family, extra friendly, intelligent, and of timeless grace.