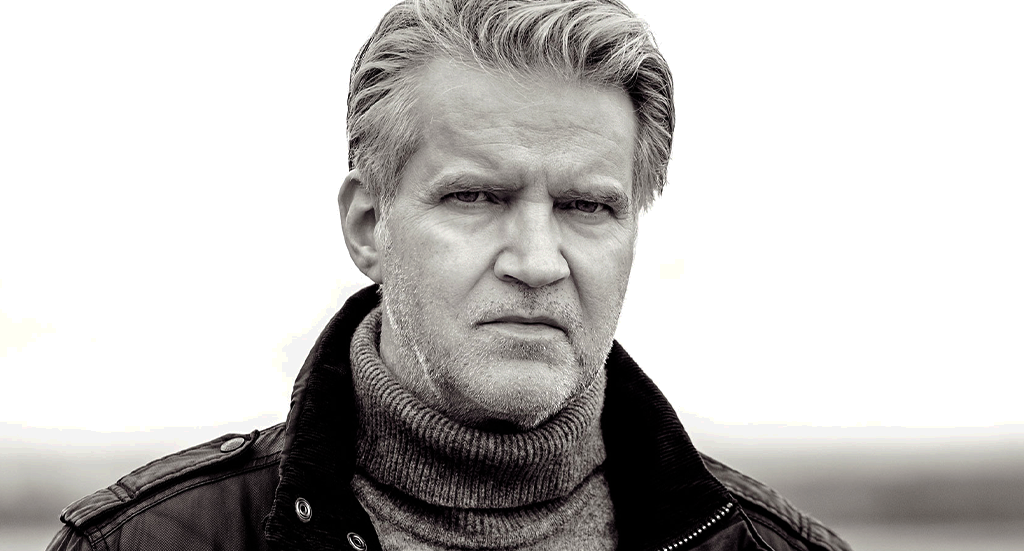 Born in May 1934 in New York City, Robert Moog started to build electronic instruments in his father’s studio as a teenager. Over the years he became a pioneer of electronic music and invented the first synthesizer.

Not only did his inventions have a huge effect on the sound of popular music from the late 60s onwards they also triggered the creation of a whole new musical universe with the likes of Kraftwerk, Neu! and many more. It was his focus on practicality and affordability that finally paved the way for synthesizers into the mass market in the early 80s.

One artist who started professional songwriting at exactly that time is Lloyd Cole. The iconic British musician has used synthesizers extensively and in diverse musical contexts throughout his career and in many collaborations ever since. His last record release in a purely electronic approach was the album 1D ELECTRONICS 2012-2014 from 2015.

Would you agree that Moog’s inventions were the starting point for the democratisation of music making within your generation? Or have his inventions merely brought additional facets to music?

Absolutely not. Moog has never been affordable. Only the wealthy or already successful could, traditionally afford to own one. The supposed democratisation you speak of didn’t really begin until the rise of the DAW, ‘in the box’ production, and the fall of the traditional studios.

»I was an electronic music fan since

You used a Yamaha DX7 to put together demos for your very first album “Rattlesnakes” (together with The Commotions). Was the synthesizer initially just a convenient tool? Or did you see its potential right from the start?

Just convenient. I knew nothing of how synthesizers worked, at the time. Or harmony, to be honest. The DX7 brass patch we used on Forest Fire I chose because I liked the sound and how it worked in the song. I didn’t realise at the time that it had a 5th built in and therefore changed the chords I was playing. I just found it musical, so I used it.

Also we had no interest in ‘authenticity’ we preferred Korg’s version of a Hammond over an actual Hammond, and I’m still glad we used DX7 accordion rather than a real one. It works better and the connotations are more vague, flexible.

At what point in your career did you make a conscious move towards pure electronic music?

I think. I bought my first (mine, not the band’s) synthesizer in late 1986, or early 1987, not sure. A Prophet VS. I had no idea how it created sound, but I liked what it did and I could modify presets.

Were you already a fan of Kraftwerk as a kid, or did you discover electronic music later on?

I was an electronic music fan since “No Pussyfooting”, the album from Robert Fripp and Brian Eno from 1973.

Which musicians were and are role models for you in the context of electronic music?

Kraftwerk, Eno, David Bowie, Sparks/Moroder, the early Ultravox/John Foxx, Cluster/Roedelius, early HipHop (“The Message” especially), Prince, the late Scott Walker and after I got into Modular, all sorts of DIY and self-produced stuff on You Tube and Bandcamp.

What is the main difference between writing songs in a purely electronic context and the ‘traditional’ acoustic set-up?

Are Moog Instruments still part of your studio equipment? What experiences did you have with them over the years? Which manufacturers do you prefer today?

Yes. Blair (Cowan, Commotions keyboard player) had a Minimoog in the early 90’s. I bought it and Midi-fied it, but honestly, I didn’t really know how it worked until the last few years I was using it. I didn’t really understand the electronics/mathematics of any synthesis until I assembled my first modular synth in 2010, and then I read the Allen Strange, book, and others. I need the visual reinforcement of a modular, to understand a sound. Hidden modulation matrices are no use to me.

These days I own a Moog Subsequent 37 CV (although the CV aspect is almost useless). I really like it. Most of the bass on Guesswork is the Sub 37. My two favourite features are the sweepable waveforms in the CVOs. It’s basically and analogue wavetable, which makes the absence of audio rate modulation less of a disappointment. And the 4 settings for the filter, 6 to 24 db. 24 is the classic Moog sound but I’m less and less drawn to that.

West Coast seems to be a totally different approach in comparison to the Moog world. Can you explain the difference to us normal mortals?

Yes. Moog made synthesizers with an aim to replicate the sounds of existing instruments – trumpets, strings, etc. Buchla created endless possibilities and asked the programmer/player to find ‘new’ timbres. The other, more traditional differentiation is still valid, Moog is subtractive synthesis – taking raw wave forms and ‘taming’ them with filters and VCAs. Buchla takes the ‘tame’ sine wave and frequency modulates it to create harsher and more complex tones.

The thing that doesn’t get talked about much with regard to the signature Moog ‘sound’ is that it’s mostly distortion. If you take away the inherent distortion generated by summing multiple VCOs into the Minimoog mixer section, it won’t sound like a Moog. Was this an accident? I think mostly likely it was.

On your website you state that you’re working on a new album. How is it going and which direction will it take musically – if we may ask?

I am continuing the direction of the last one but hopefully taking the concepts to greater extremes in multiple directions. So, the dense and complex will, hopefully, be denser, more complex, and the minimalist pop will be poppier, less instruments.