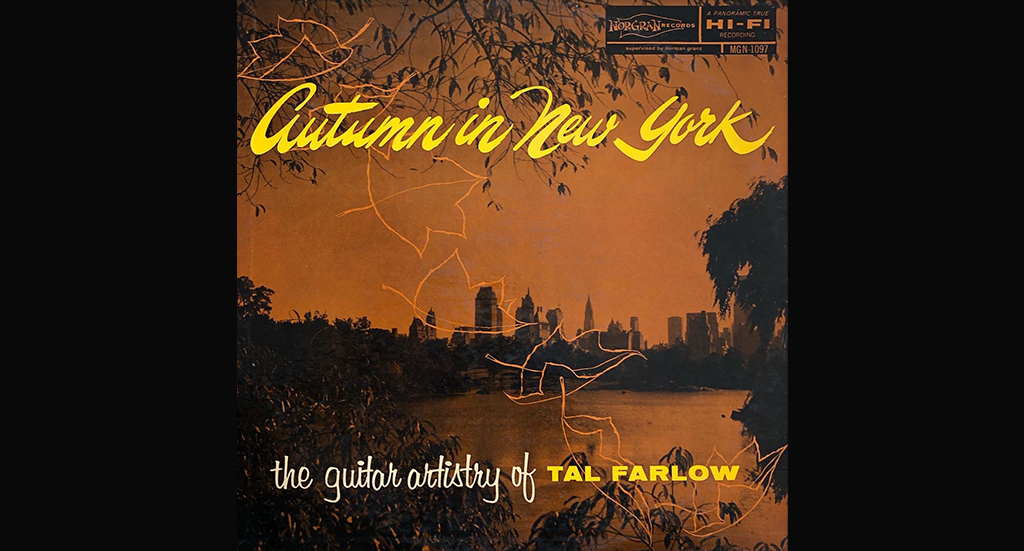 Tal Farlow was one of the first and thus most important bop guitarists: Influenced by Charlie Christian, whose solos he played in very young years after Benny Goodman recordings, he quickly developed his own unmistakable style. This is also the case on this very beautiful recording from 1954 on the Norgran label led by Jazz Impresario Norman Granz.

I own the repress from 1956, which came out with a different cover and the other title ‘Autumn in New York’ – I think both are more appropriate for the melancholic and calm tracks, especially now that autumn is breaking out here in northern Germany. Golden music for a golden autumn.