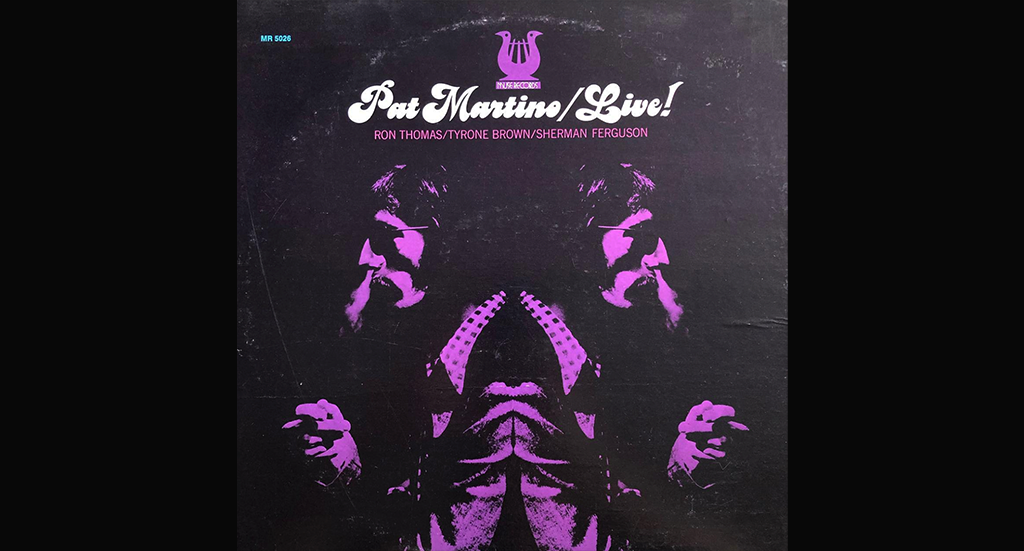 When you hear Pat Martino, you hear attack. Staccato. Precision. Speed. But also: Passion. Warmth. Precise melodic lines. Mr. Martino’s real name is Patrick Azzara, adopted ‘Martino’ in honour of his father, who as a musician also used ‘Martino’ as his stage name. The elder Mr. Martino took the very young Mr. Martino to concerts at a very early age – inspired by his parent’s home. Pat Martino’s impressive guitar playing is also a source of inspiration for a legion of other guitarists – this live recording on Muse from 1972 is an impressive example.

Recorded in an establishment in New York’s Greenwich Village that can by no means be described as cosy, a large number of other guitarists were present in addition to the obligatory press crowd – to listen, learn, and be inspired. An almost mystical aura emanates from the only three tracks, the four musicians play so attuned to each other that everything around seems unimportant, is absorbed solely and completely in the music and the focus belongs entirely to the skill of the musicians.

Spectacular music for complete immersion. There is also a version of the jazz-evergreen ‘Sunny’ on the second side – that doesn’t bother at all and is only considered to be a wave for the artistic lunacy of Mr. Martino and his crew to surf on it with music out of this world.