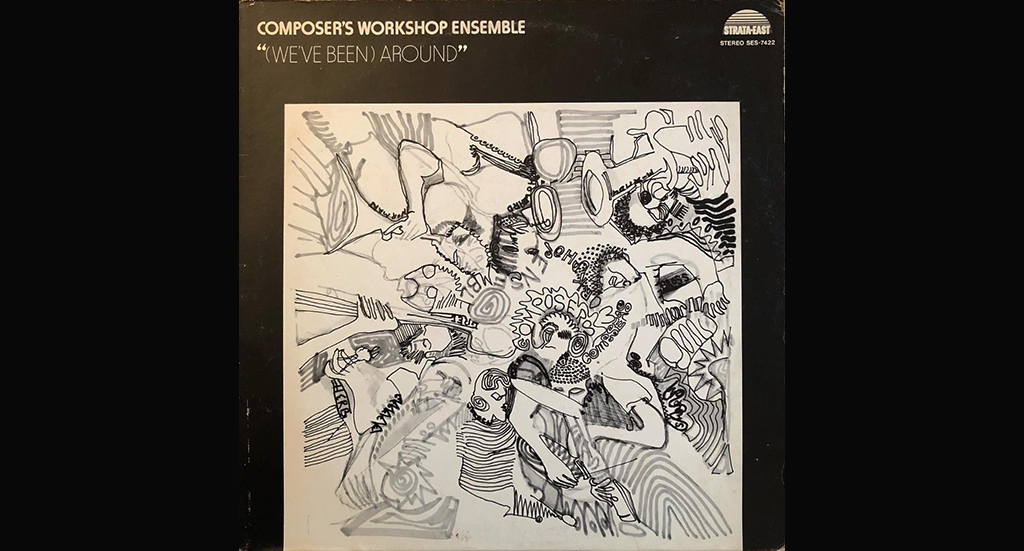 Composers Workshop Ensemble – We’ve been around

Warren Smith is not only a gifted percussionist, but apparently also a successful networker and maker. Not only has he worked with such diverse musicians as Miles Davis, Janis Joplin, Bill Dixon and Van Morrison in his career that began in 1957.

But he has also actively brought musicians together in order to jointly advance the development of new music – with great enthusiasm for playing, but also with academic meticulousness. ‚The group started in 1960 primarily because my friends and I were frustrated by the lack of opportunities to play our music for even our own enjoyment.‘

This reads like the beginnings of a normal band, from the rehearsal room to the first stages, and then we’ll see. This is the Composers Workshop Ensemble, which had its first performance in 1962 at the Carnegie Recital Hall and on the second LP ‘We’ve been around’ (on Strata-East, of course) shows the whole range of modern jazz composition in exciting arrangements.

All with musicians who were not so much in the spotlight, like Omar Clay, Howard Johnson or Herb Bushler. Great, important, atmospherically dense and mind-expanding record.