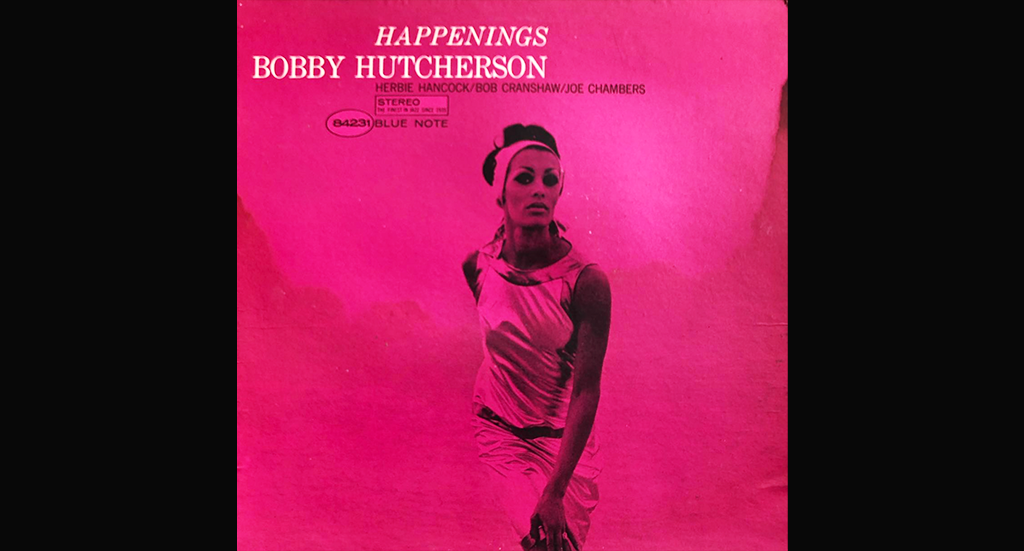 Bobby Hutcherson has followed the path outlined by Blue Note founder Alfred Lion for new label artists: First proving himself as a sideman on important albums with stellar musicians, then recording under his own name, as a leader. Mr. Hutcherson had the honour of proving his accented, free vibraphone on such seminal albums as ‘Out to lunch’ by Eric Dolphy (note to self: BLP 4163 is still a gap in my collection) – a guarantee of attention and a great career.

On Happenings, he is heard for the first time with only a rhythm section. The record (recorded before Blue Note was sold, released as a Liberty pressing) is a tiny bit more traditional than the avant-garde previous albums, but still way up front and incredibly varied. To be heard is an Erik Satie-like waltz, a Spanish theme in a Latin bag, a beautiful ballad. With the participation of Herbie Hancock, ‘Maiden Voyage’ is celebrated, the Blue Note recording of which Mr. Hutcherson had not heard before and which was still somewhat remote from inspiring new and old musicians as a jazz standard in the canon of key compositions.

But of course, we also find the new thing, free music – on ‘The Omen’ the musicians even take the liberty of swapping instruments, Mr. Hutcherson ends up playing drums, Joe Chambers marimba. A beautiful record and a good introduction for listeners who have not yet discovered the new elements in jazz at the end of the 60s.