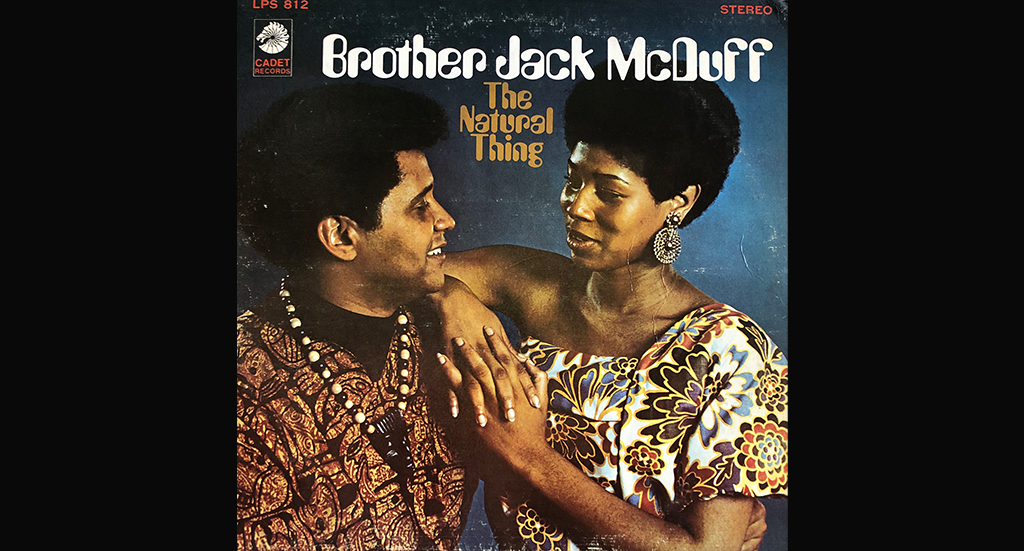 Brother Jack McDuff has recorded a whole armada of soul jazz albums, ‚The Natural Thing‘ is his first for the Chicago label Cadet. Framed by the typical crisp arrangements of Richard Evans, Mr. McDuff’s organ unfolds into a groovy and funky overall picture that goes straight to the legs, but also appeals to the heart.

Recorded in 1968, in accordance with the spirit of the times, it is pointed out that actually all the “in” expressions like “brother”, “soul brother”, “natural”, “funky” and many others had been occupied by Brother Jack McDuff and his congregation of fans long before. “In” sounds and grooves directly from the inventor, so to speak.