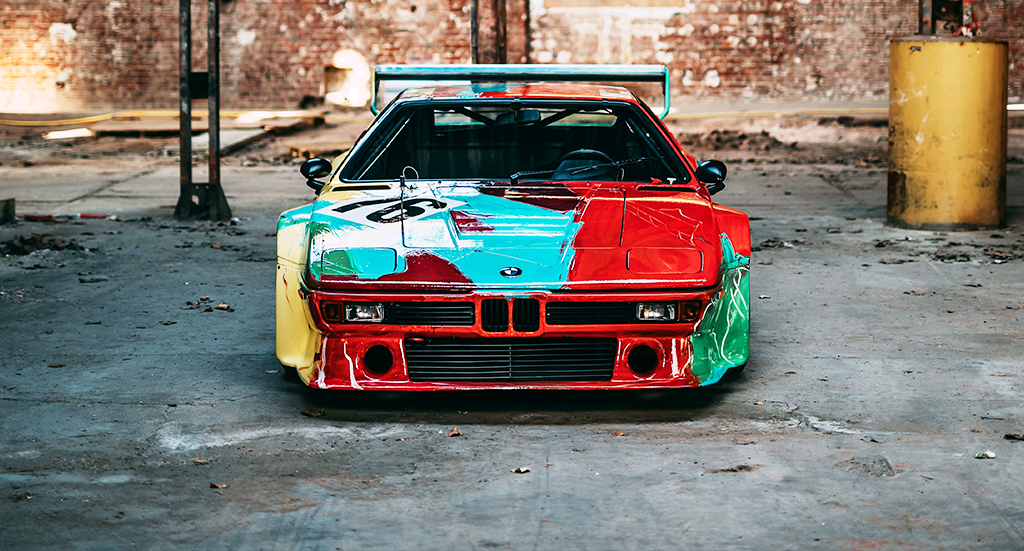 Andy Warhol, born in Pittsburgh in 1928, had his first own exhibition in New York in 1952. Ten years later he established the legendary “Factory” and his celebrity portraits and paintings of trivial objects became world famous.

Warhol left the earthly factory in 1987 – a crazy genius to whom we also owe the marvelous magazine “Interview” – once one of the unique sparks, by the way, that helped ignite the idea for The Educated Cool.

The pop art grandmaster painted the BMW M1 from the beginning to the end himself.

“I have tried to give a vivid depiction of speed. If a car is really fast, all contours and colours will become blurred. I love that car. It has turned out better than the artwork.”

This work of art on wheels was employed in racing for the first and last time in the 24-hour race at Le Mans in 1979.

The M1 designed by Warhol started on the grid with the number 76 and was driven by the German Manfred Winkelhock as well as Hervé Poulain and Marcel Mignot from France.